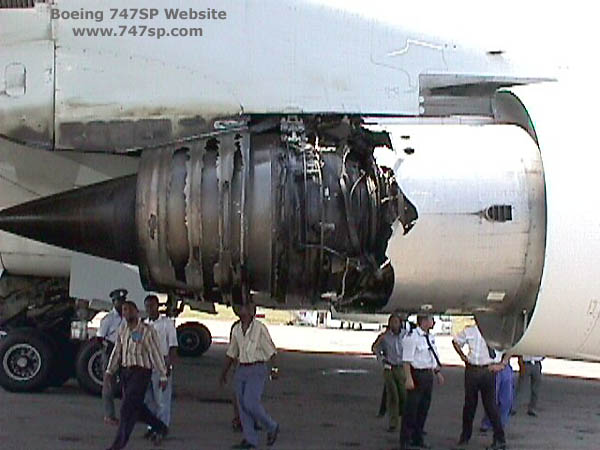 ZS-SPF (c/n: 21263) operating for LAM on a lease from South African, suffered a severe failure in No 3 engine shortly after departure from Maputo on the 5:th of October 1998.

It was on a flight to Lisbon. Debris from the engine damaged the No 4 engine which was operating under full power.
The No 4 engine was damaged beyond repair. The airframe as also damaged.
The aircraft turned back and made a safe landing at Maputo.

Reports say the damage is estimated at US$ 6 million, apparently the aircraft was only insured for US$ 1 million.
The aircraft was scrapped on location feb/march 2000.

South African saved vital parts and brought back to JNB.

As described by the Captain:

“We’ve leased them a 747sp which they are using between Maputo and Lisbon (full to overflowing every flight).

The war torn city is slowly reviving itself from the ashes.
A couple weeks ago i was bringing it back from Maputo to Johannesburg with both first officer and flight engineer under training.

When passing FL 060 the number 3 motor literally blew up

When passing FL 060 the number 3 motor literally blew up ,huge yaw and vibration, number 3 thrust lever slammed shut, I got to the cut off lever a nano second later thinking it was in reverse.
That was closely followed by the fire bell, the FEO froze on his recalls and by look on his face i could see he couldn’t believe what was happening, took three times to get him to pull the fire handle.

It was then that a dead heading captain in the back raced forward, face pale as snow shouting there was a raging fire consuming the wing; we had already fired both bottles!

One showed it had gone the 2nd did not. there was only one option left, I rolled her into a steep diving turn, had a squint at no4 (avm’s fine) and took max continuous while heading back to the field as fast as possible while trying to extinguish the fire.

At 340kts it went out, then it was fun trying to slow down for the field which was almost below us by now, a couple hammerheads, speedbrake with flap plus gear and we went straight in, did a short landing and took the first exit and stopped. There was still clouds of smoke but no fire.

What happened after that, is what is expected in Africa, the one and only fire truck arrived and of course we had no comms (radio stolen or broken) then when they fired their extinguishant it ran for a minute and in that time never reached the motor they then tried water hoses from the truck which only just made it.

Frightening to know so much could take place in just 3 minutes which is how long it was after the fire to landing.

Boeing has had a team out and at this stage they’re talking of scrapping it, unbeknown to us, no4 was extensively damaged.

15% of the n1 blades missing also the main engine support had been severed by the hp turbine rotor exiting the top of the motor. the fire bottles had not worked because all the rear cowls had blown away.
The blades had gone everywhere, no4 motor, the fuse, ailerons, flaps the inboard leading edge flap drive was completely burnt away as was the leading edge.

Frightening to know so much could take place in just 3 minutes which is how long it was after the fire to landing.” 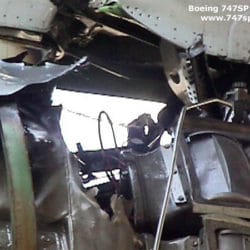 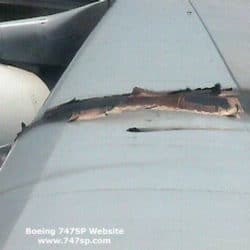 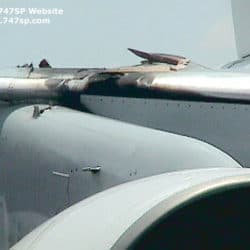 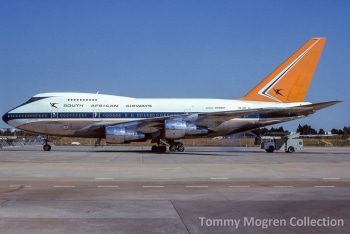 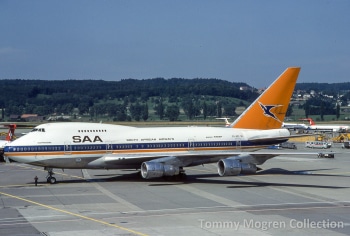 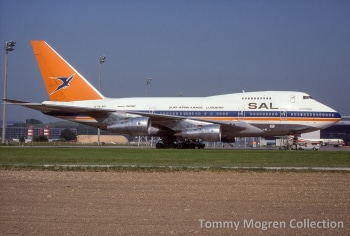 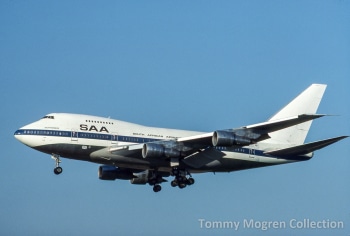 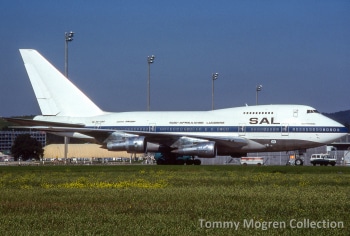 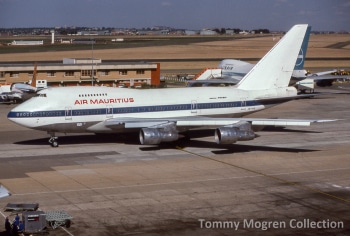 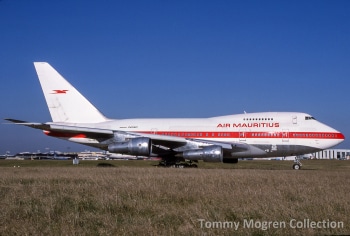 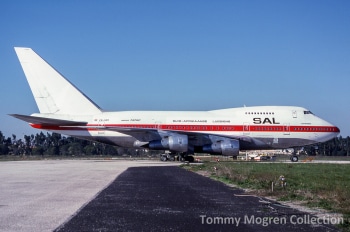 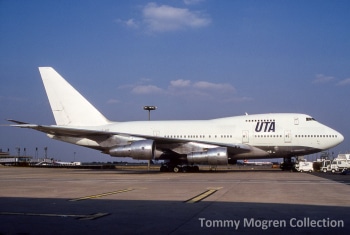