Malcolm Nason was able to take a photo as she rested at SNN, Shannon, Ireland.

Also note the ‘God Bless You‘ titles that have been applied on the nose.

Hopefully we will get some reports from KSBD as well. 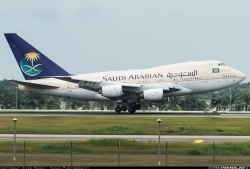