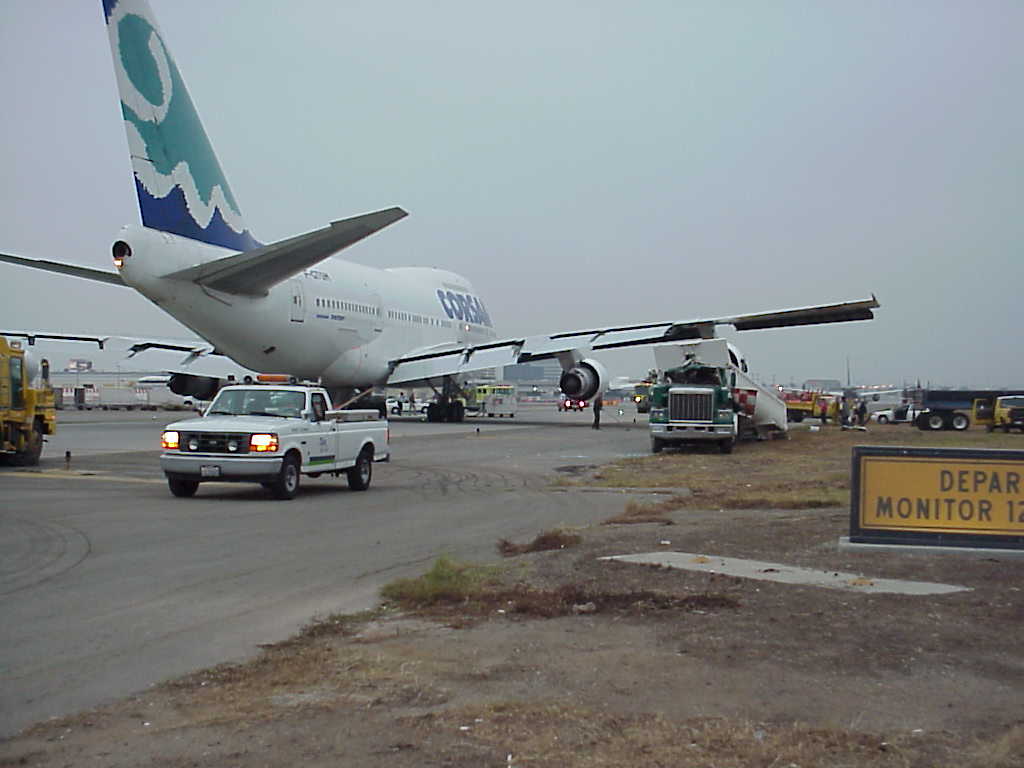 As flight 942 rolled toward the runway for takeoff, the plane struck two tractor-trailer rigs and a pickup truck at a construction site, airport spokeswoman Angela Franklin said.
One of the aircraft’s engines was damaged but no injuries were reported after the 4:11 a.m. incident. 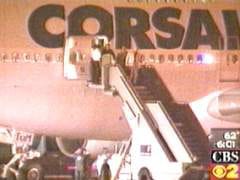 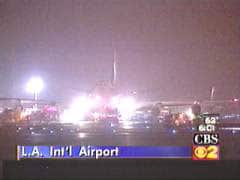 The Boeing 747SP, (F-GTOM c/n: 21253) operated by France-based Corsair, was carrying 317 passengers and crew members on Flight 942 to Tahiti, airport officials said.
She said the drivers of the vehicles jumped out before the trucks were struck. One of the jet’s engines and its right wing were damaged and the trucks were smashed, Franklin said.

The aircraft remained on the taxiway but did not interfere with other flights. She said the passengers were taken to a hotel.
There was no immediate word on when they would be able to resume their travel. 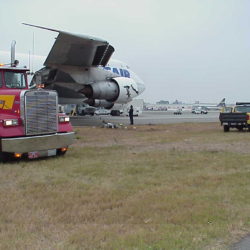 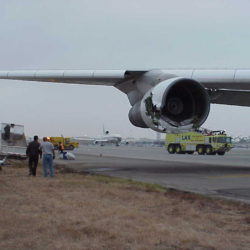 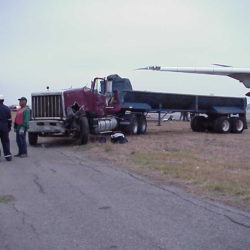 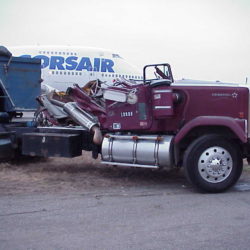 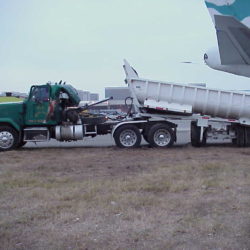 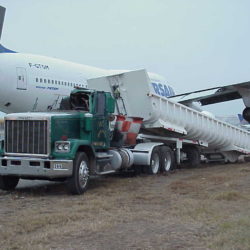 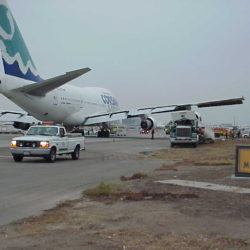 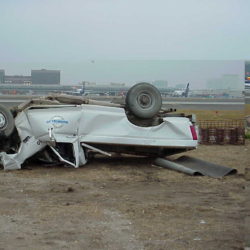