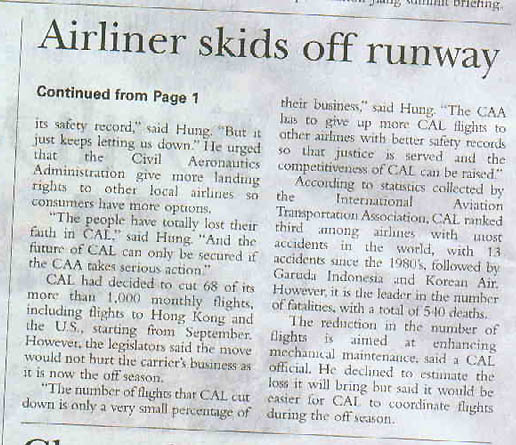 The aircraft,  B-18253 c/n: 22298, experienced a rejected takeoff during practice “touch and go’s” during a training flight. The aircraft ran off the runway and sustained heavy damage to it’s underside, forward gear collapsed, ran over fixed airfield equipment, holes ripped thru the underside of the aircraft. It’s quite a mess.

The aircraft was carrying no passengers at the time of the accident, the airline said.

On September 2, 1999, a China Airlines Boeing 747SP was damaged when it departed the runway after landing. The airplane was on a training flight and none of the 3 crew members was injured.